Well, we’re digging ourselves out of a “nearly spring” storm here in Calgary – we received approximately 20 cm (8″) of snow yesterday and flakes are still falling as I write this. Just two days earlier, we were basking under +12°C (53.6°F) sunshine, which is pretty typical of the way the weather goes around here at this time of year. I was delighted to get out on Friday morning and take a walk up on Nose Hill, where I ended up sharing the sunrise with five deer and a grumpy porcupine (you can see one of my photos of him here).

While I was up on the hill, I noticed that the City’s war on Canada thistle (Cirsium arvense) in the park is ongoing.  I don’t like the fact that herbicides are sprayed annually to control this nasty invasive, but if something wasn’t done about them, the whole park would be covered in thistles. Pulling them simply isn’t a good solution – and it’s not just because they are thorny! 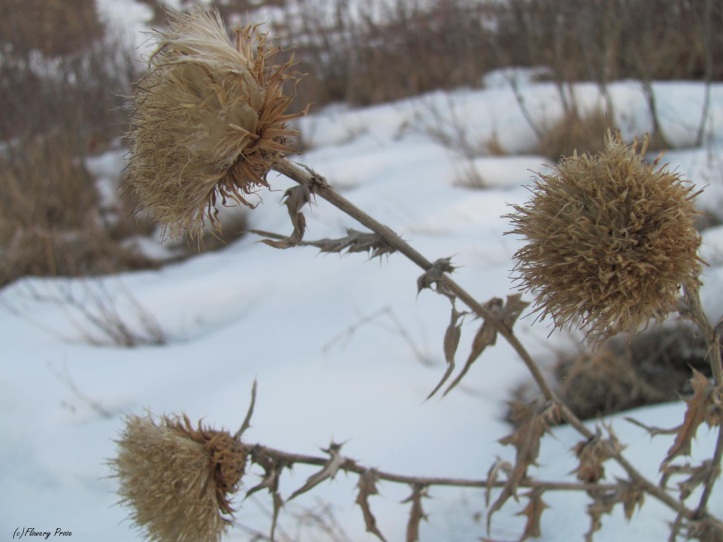 I am sooooo glad I don’t have to battle Canada thistle in my flowerbeds! I have a severe problem with quackgrass (aka couchgrass, Elymus repens), however, which I have struggled with for over a decade. While I have made significant inroads, I cannot ever let my guard down….

What are your worst plant enemies?