Botany word of the month.

If a plant is farinaceous, it sports a white, flour-like bloom on the surfaces of its leaves (and sometimes fruit and other plant parts).  This white coating is epicuticular wax (occasionally referred to as farina) found on the outer surfaces of plant cuticles. Why do plants need to be waxed, you may ask?  Well…let me tell you.  The wax helps to repel water and soil particles, which prevents nasty things like bacteria and moulds from attacking the plant.  It also limits the amount of water lost by the plant through transpiration, which is valuable if the plant is stuck in a drought situation.

If you’ve ever grown cabbages, you’ve likely noticed epicuticular wax on them. You’ve undoubtedly spotted it on some apple fruit. And if you delight in succulent gardening, you’re definitely aware of the fact that these adorable and addictively collectible plants are farinaceous.

Just to be a tad more confusing, the leaves (or other plant parts) of a farinaceous plant that have a coating of epicuticular wax are described as being glaucous.  So, that’s pretty much three botany words of the month in one post – bonus!  😉

One genus of farinaceous plants is Chenopodium, which counts lamb’s quarters (C. album) as its most notable (notorious?) member.  Many years ago, I grew magentaspreen (C. giganteum) – you can see evidence of the epicuticular wax on the leaves. 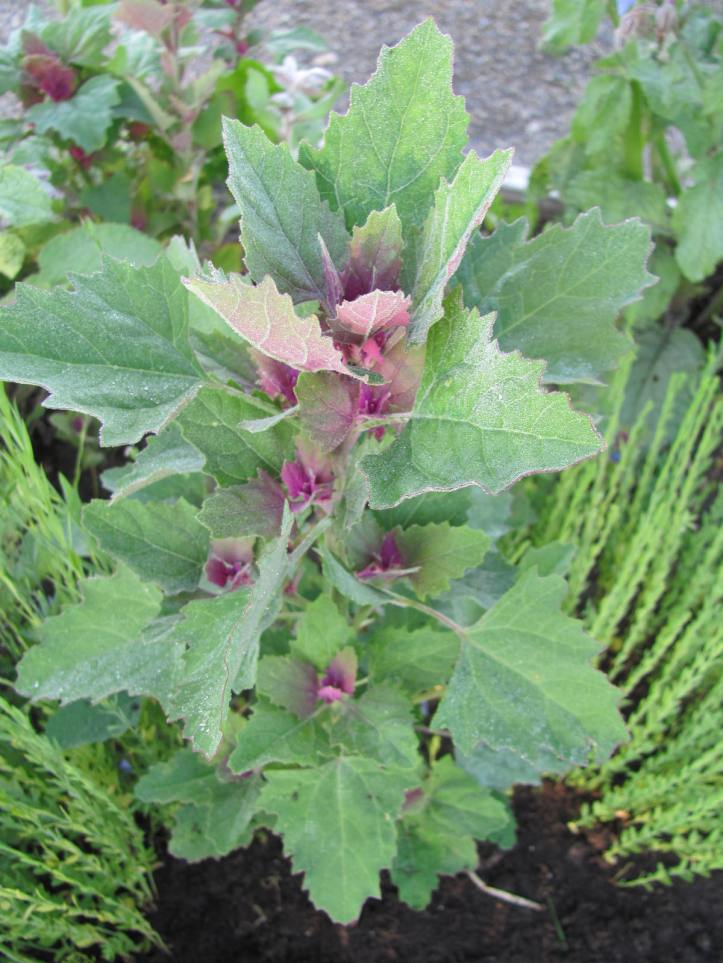 Further reading: The Botanist in the Kitchen, The Most Interesting Layer of Wax in the World.