Fun and interesting facts about rhubarb. 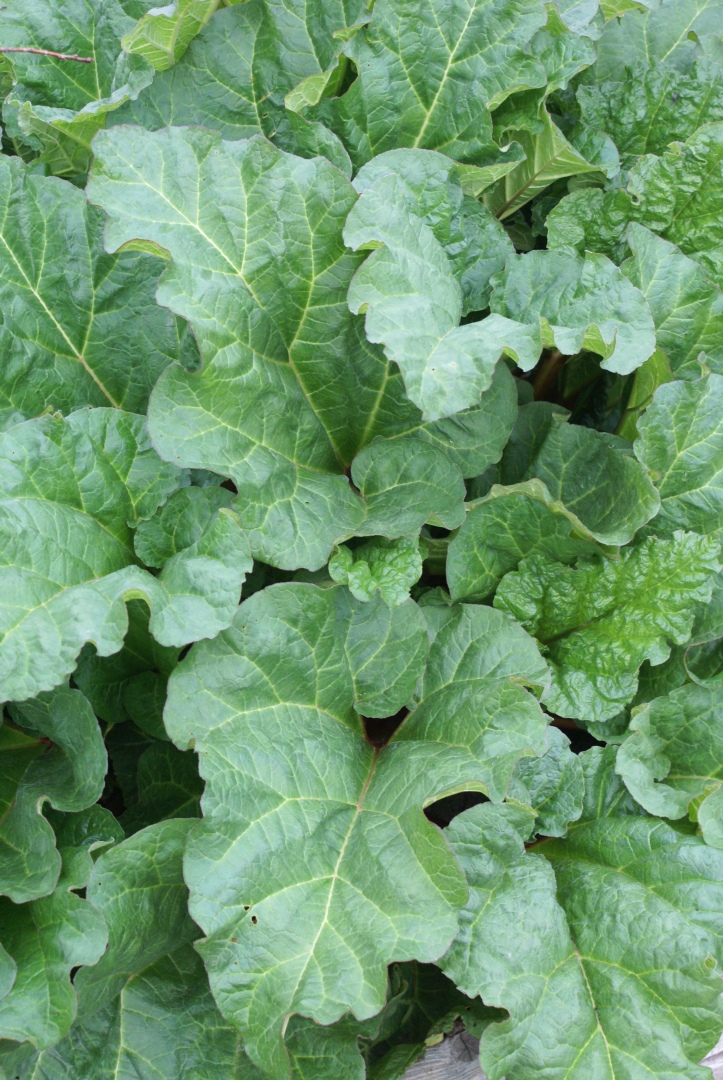 The rhubarb in the community garden is absolutely monstrous this year – it shot up so quickly I barely had time to blink during the transition between fat sprouts to gargantuan wide leaves and thick, harvest-ready stalks.  I’m dreaming about the rhubarb cake I am going to bake….

Rhubarb gardeners will know most of these fun facts, but if you’re new to growing (or eating!) it, you might enjoy this little list of rhubarb trivia:

What are your favourite rhubarb recipes?  (Please go ahead and post links – I’m always on the hunt for more!).  Here are a couple of my favourites, from my (former) blog at GRIT.com:  Rhubarb Coconut Muffins and Rhubarb Oatmeal Cake.