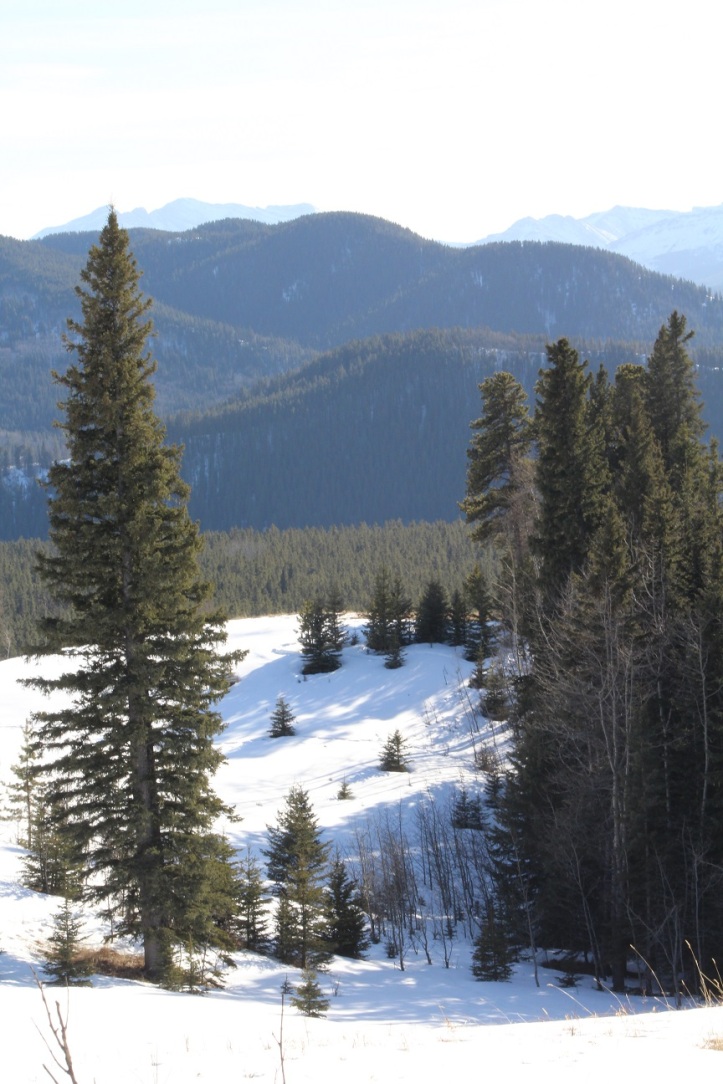 The afternoon of the very same Tuesday I shot that frosty photo of Twin Valley Reservoir (see here), my hubby and I intended to do some snowshoeing at Sandy McNabb, in Sheep River Provincial Park.  The snowshoeing part of that was thwarted by temperatures that had risen to nearly plus 10 degrees Celsius and the accompanying heavy slush on the trail, so we hiked instead (and were grateful for waterproof boots!). The trails at Sandy McNabb were previously unfamiliar to us, but we’ll be back in the summer, for sure! During the winter, most of the trails are designated for cross-country skiing, so snowshoers, hikers, equestrians, and fat-bikers have to be aware of which ones are multi-use.  We chose Death Valley/Death Valley Loop, and despite the ominous moniker, it was an enjoyable, fairly easy 6 kilometre trek through primarily forested area.  We were even fortunate enough to make the distant acquaintance of one of the local residents. So fun! 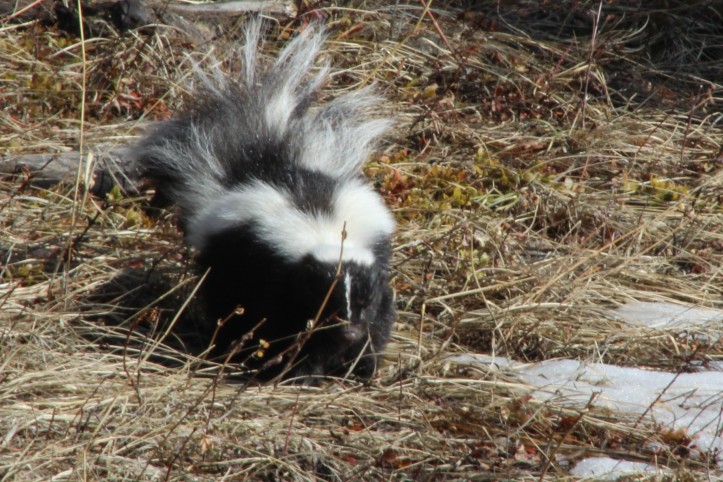